I. Choose the word whose underlined part is pronounced differently from the rest. (1 point)

II. Complete each sentence with the appropriate form of the word in brackets. (1 point)

9. We listened _________ while the teacher was explaining the answers.
A. care
B. careful
C. careless
D. carefully

13. What should we do to reduce the level of environmental ______?
A. pollution
B. pollute
C. polluted
D. polluting

IV. Choose the word or phrase (A, B. C or D) that best fits each blank in the following passage. (1 point)

Solar energy is a long lasting source of energy, and it can (23)________almost anywhere. To generate solar energy, we only need solar cells and the (24) ________! Solar cells can easily be installed (25) ____________ house roofs, so we don’t need any new space. Compared to other renewable sources, they also possess many advantages: wind and water power rely on turbines (26) ___________ are noisy, expensive and which take up large space. Solar cells are totally silent and non-polluting. As they have no moving parts, they require little maintenance and have a long lifetime.

V. Read the passage and choose the best option A, B, C or D to answer the questions. (1.5 points)

The people of Kiribati are afraid that one day in the not-too distant future, their country will disappear from the face of the earth – literally. Several times this year, the Pacific island nation has been flooded by a sudden high tide. These tides, which swept across the island and destroyed houses, came when there was neither wind nor rain. “This never happened before”, say the older citizens of Kiribati.
What is causing these mysterious high tides? The answer may well be global warming. When fuels like oil and coal are being burned, pollutants are released; this pollutants trap heat in the earth’s atmosphere. Warmer temperatures cause water to expand and also create more water by melting glaciers and polar ice caps.
If the trend continues, scientists say, many countries will suffer. Bangladesh, for example, might lose one-fifth of its land. The coral island nations of the Pacific, like Kiribati and the Marshall Islands, however would have a worse result – they would disappear into the sea. The loss of these coral formations would be everyone’s loss. Coral formations are home to more species than any other place on earth.

Question 27: According to the passage, this year, the high tides came when ________
A. there weren’t rain and wind
B. there was wind with no rain
C. there were wind and rain
D. there was rain with no wind

Question 29: Burning fuels like oil and coal may cause_________
A. pollutants to release
B. heat to be trapped in the earth’s atmosphere
C. glaciers and polar ice caps to be melt
D. all are correct.

Question 30: If global warming continues, Bangladesh _________
A. might lose all of its land
B. might disappear into the sea.
C. would have a worse result
D. might lose one-fifth of its land

Question 31: The word “they” in the last paragraph refers to ________
A. scientists
B. many countries
C. the coral island nations of the Pacific
D. Bangladesh

Question 32: Which of the following is TRUE according to the passage?
A. Huge tides never happened in Kiribati before.
B. Warmer temperatures don’t cause water to expand.
C. Kiribati and the Marshall Islands are not coral island nations of the Pacific..
D. Coral formations aren’t home to any species.

VI. Finish the second sentence so that it has the same meaning as the first one. (2 points) 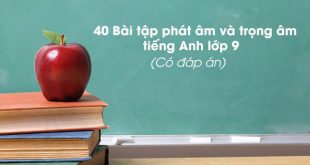 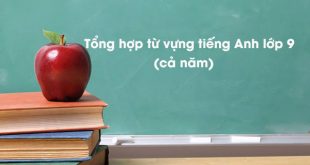 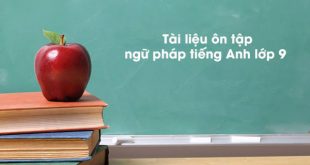 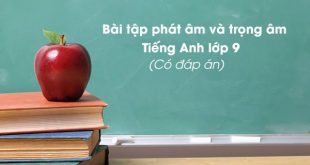